You are here: Home / Europe / Everything I thought I knew about Berlin was wrong…

When we travel we like to participate in festivals, local events, things that are different and not necessarily touristy.   So, the hubs likes to run marathons.  I don’t get it but he loves them.  Running in another city helps us to satisfy the need to be with the locals and for him to run his socks off.

This fall he ran the Berlin marathon.  He did quite well, and I must say I was very proud of myself to navigate the city, alone, to cheer for him at different mile markers.

First let me start by saying that the culture of North Germany vs Bavaria is almost as distinct as the North/South of the US.  They are very very different, but still Germany.  And while I love Bavaria, I did not expect to love Berlin as much as I did.

Hubs registers for marathon and off we go to Berlin.

The history of Berlin blew me away.  Everything I thought I knew about Berlin was wrong.  So very wrong.  These are the things I wish I knew before visiting Berlin.

I started to get confused when we went to Checkpoint Charlie.  Everyone said it was mainly a tourist area, and it was.  It is a replica of what once existed and the stores around it are very touristy (think Ripley’s).    However, there is a great historical display of a timeline just by the check-point that illustrates what the check-point is all about.   And this is where I started to scratch my head…

Why do we all know about Checkpoint Charlie??

Checkpoint Charlie had a few things making it popular:

Essentially if you were in West Berlin and you needed to get to East Berlin, you would need to go through Checkpoint Charlie.

Now that you know “what” Checkpoint Charlie is, let’s discuss it’s significance.

A bit of Geography

First let’s pause and make sure you understand something.  Berlin sits in northern Germany.  Germany was divided into four parts and Berlin sits in the USSR section.   THEN they also divided Berlin into four sections.   So, no the country was not split down the middle and one side is East Germany and the other West Germany.  West Berlin sat in the middle of the USSR Controlled Germany.

Let’s talk about the Berlin Wall

There are a ton of reading materials out there on the Wall.  I thought I did my research.  I thought I understood what it was all about.  Nothing can prepare you for seeing it.

I also think that there are some assumptions when you read about the wall that you know basic 1960 history.   Here is what you need to know:

The official reason the wall was built was to keep out the capitalistic ideals of western Germany.  But that wasn’t really it.  It was really built to stop the influx of refugees fleeing the country.   The history channel has a great write up on this HERE.

So, if the wall was just in Berlin, why didn’t people just go around the wall??

Remember that the wall only kept the Western Berlins out of East Berlin, not dividing East and West Germany.

The wall essentially sealed the West Berliners into West Berlin.  Here is the best map I have found on it HERE.

The Allies win WWII and decide to divide Germany.  The French, British and US take half and USSR takes the other half.  Just to be safe, they also divide up Berlin in the same manner.  The then USSR decides it doesn’t like the US (and French/Britain) and begins to start conflict (although this is greatly debated).  The youth in the USSR portion of Germany start rebelling, so they build a wall around the Western Berlin to keep the Eastern citizens in and West out.  If you are west Berlin, you can move in and out of East/West Berlin, but Eastern citizens are to stay on that side.   The wall shows up, checkpoints are created for people to move in and out, and they remain separate states until 1990.

I hope this clarified things from you.

There is a tremendous about of research there, so please continue to read.  If you want to share with me in the comments, please do so. 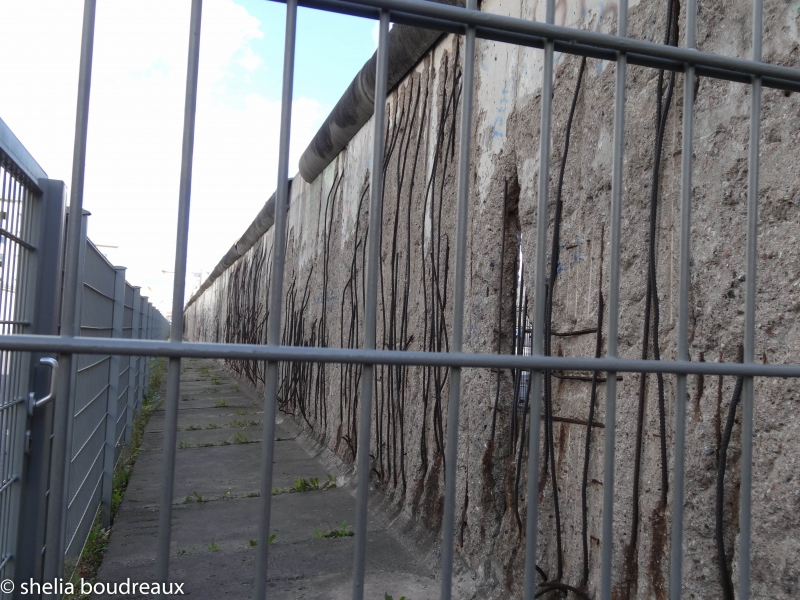 And on a lighter note, here are some photos from the marathon!