You are here: Home / Adventures / You can see the rings of Saturn from Mauna Kea

Hawaii has five islands that are very different from each other.  We opted to spend our entire vacation on the Big Island (yes, that is its name) and I am glad we did because there was so much to do.  There are the coffee farms, Kona, Volcano National Park, the farthest point in the US, swimming, etc.  Tons of stuff to do.

Logistics of our Stay

We stayed at the Sheraton which was a decent place to stay during the week.  It is a great place for kids, so if you are having a weekend get-way, maybe not.   One of my favorite memories of the trip was walking across the street to this little pizza place and getting the pizza to-go, bringing it back and sitting on our balcony having dinner and watching the ocean pass the time.

We rented an SUV, which is advisable if you are going to be on the island.  You could get away with a car, but there were several off road spots that we wanted to see as well.

First note: Because going up to such high altitudes can be somewhat dangerous if done incorrectly, we opted to take a tour up.  Afterwards I mentioned to someone that they should also take the tour.  He did not and did not have any issues.  I am not a fan of tours, but when it comes to your safety, always opt for the tour.

We chose the Hawaii Forest & Trail.     While Maunakea isn’t an active one, it is still a volcano.  If you want action, you have to go to the other volcano on the island Mauna Loa.

The tour was small so that was good.  The guide brought dinner for the trip and half way up we stopped at a camp and enjoyed some tasty stew.  Then we were given coats and gloves for the trip up.  If you plan to venture up alone, make sure you have proper gear as it is freezing.  Also there are lots of guidelines and rules that you need to be aware of if you do not take a guide.  Read more about them at the visitor center.

As we approached up we were told there were two things that could happen.  If there are clouds, we get a super awesome sunset.  If there were no clouds, we could see the green snap of light that happens at sunset.  Either would have been great; we had clouds.

The View from Mauna Kea

We spent a good time up above the clouds with the most amazing sunset I have ever seen.  I have been above the clouds before (i.e. airplanes) but to stand there and walk around is spectacular.

Once it was dark, we found a spot where the guide set up his telescope.  He pointed out different constellations and we were able to make out Andromeda.    Then he had us look in his telescope at a planet.  It was Saturn.  The rings were clearly visible.  Just there.  Up on a volcano.  Looking at Saturn. 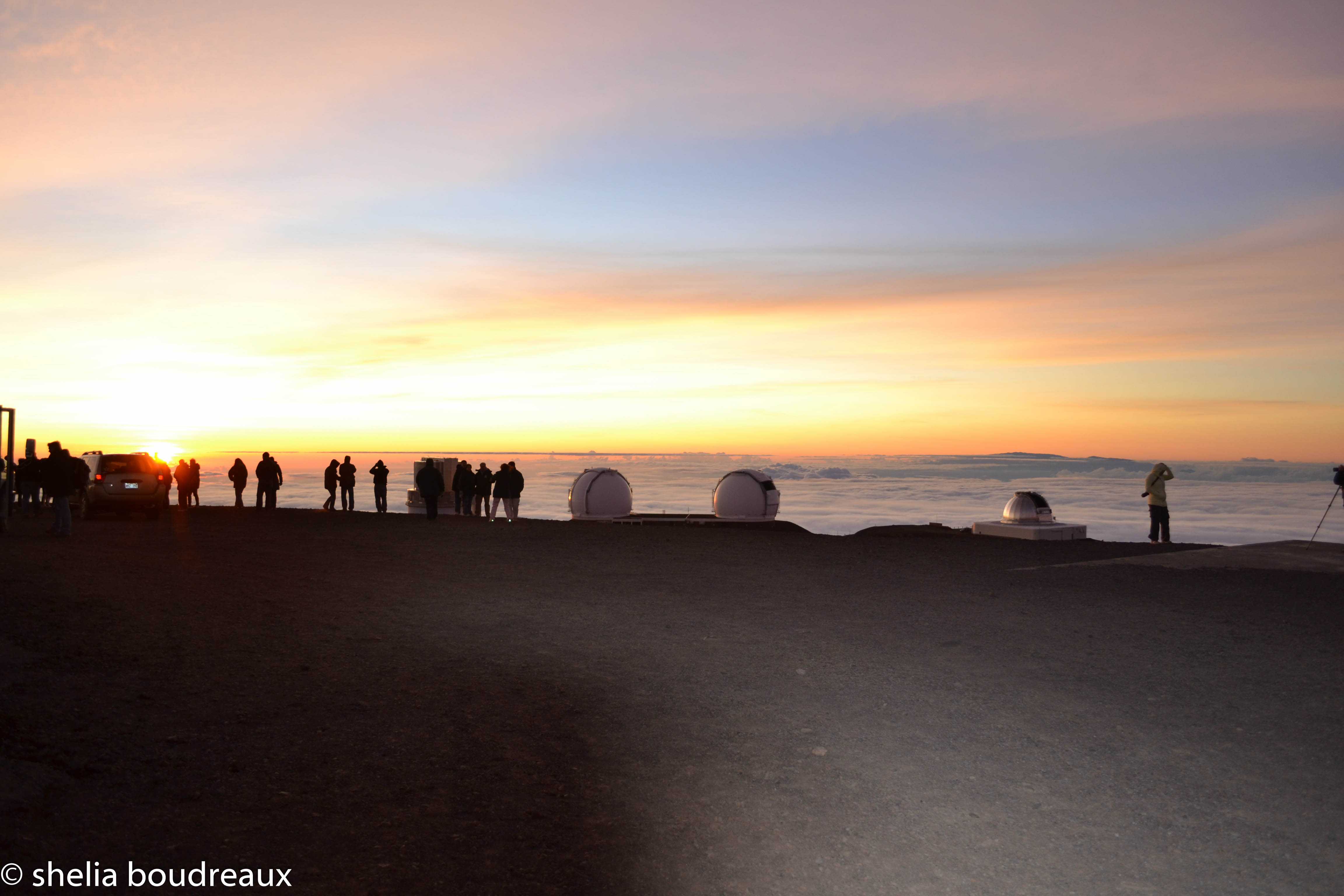 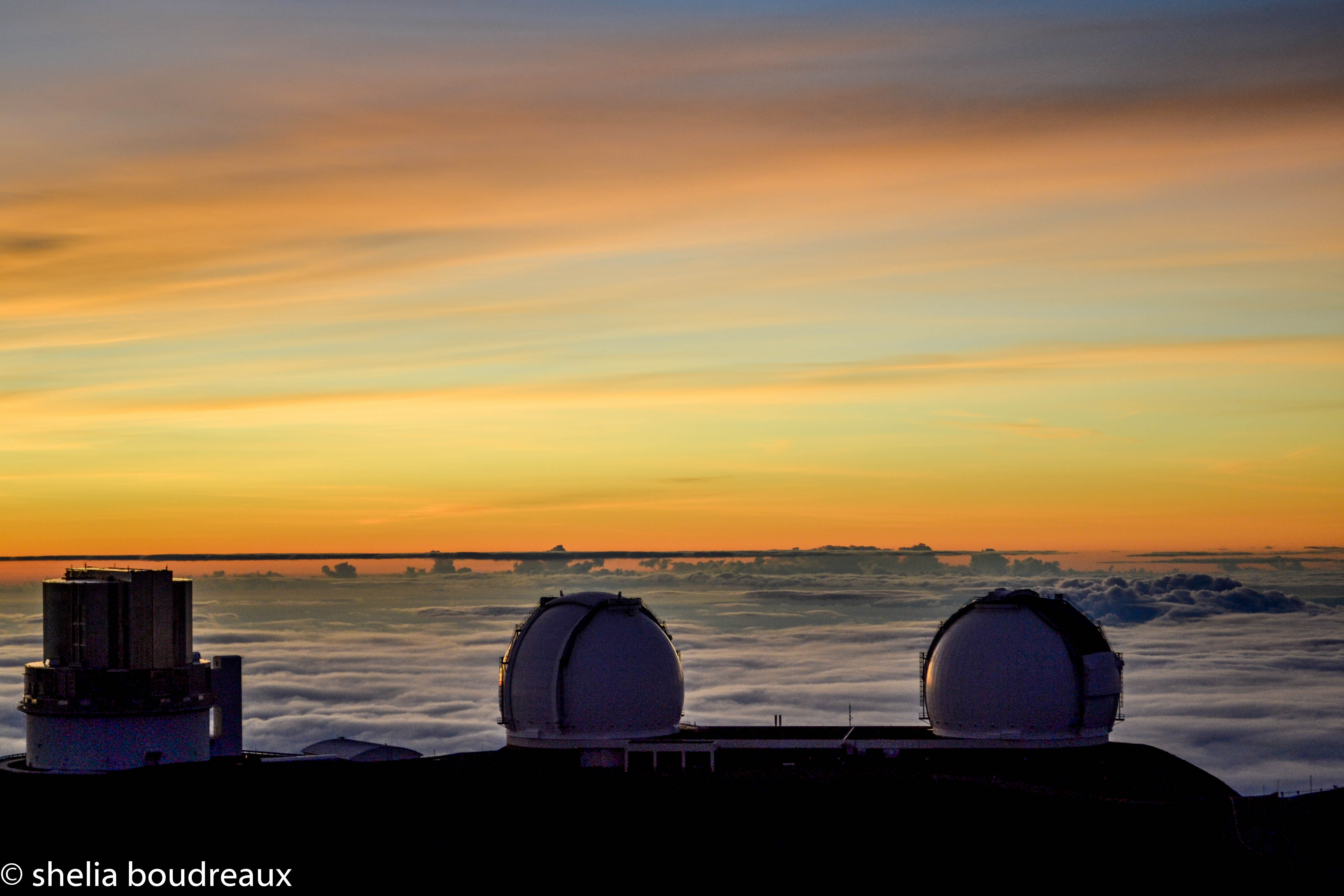 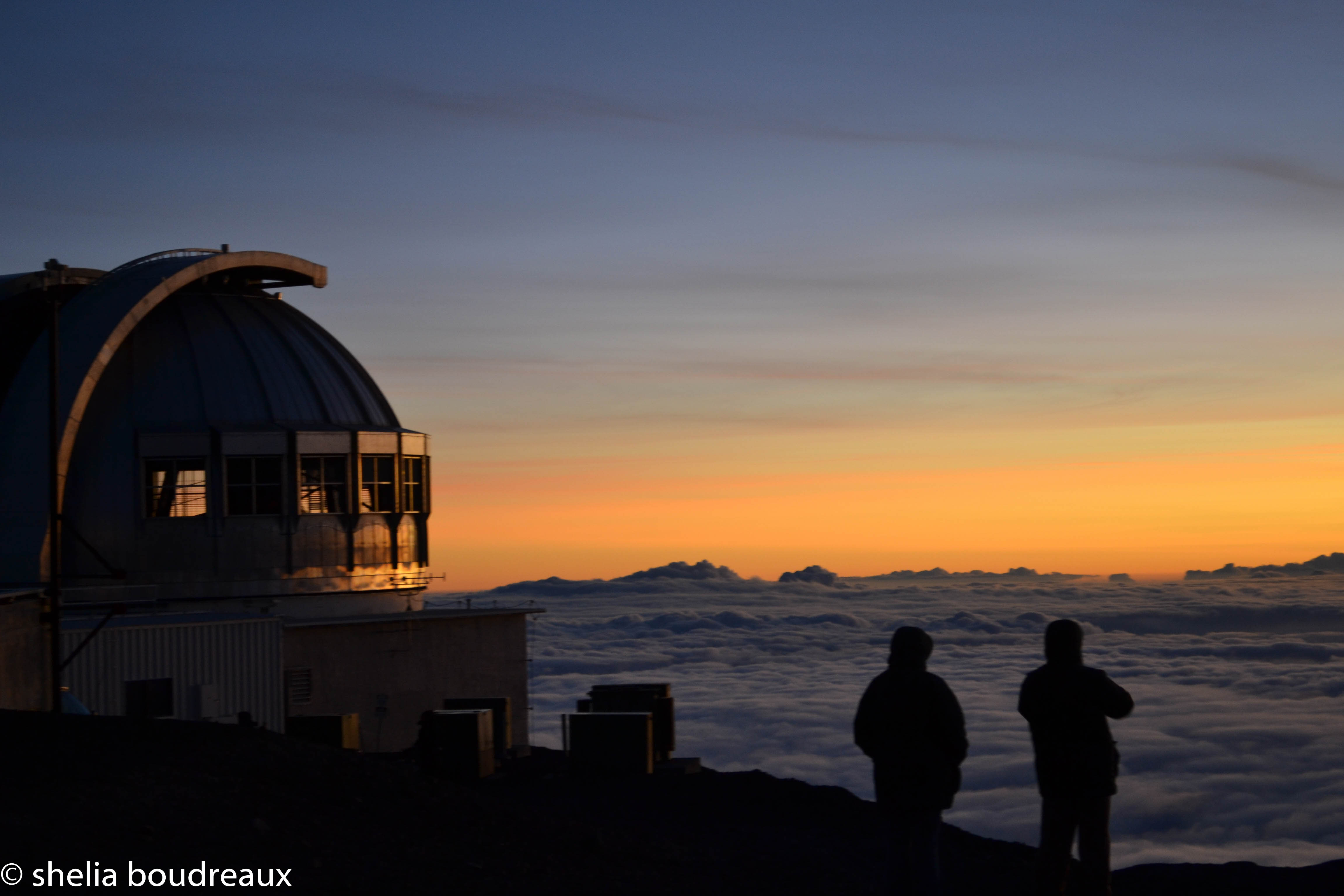